A Seed of an IDEA 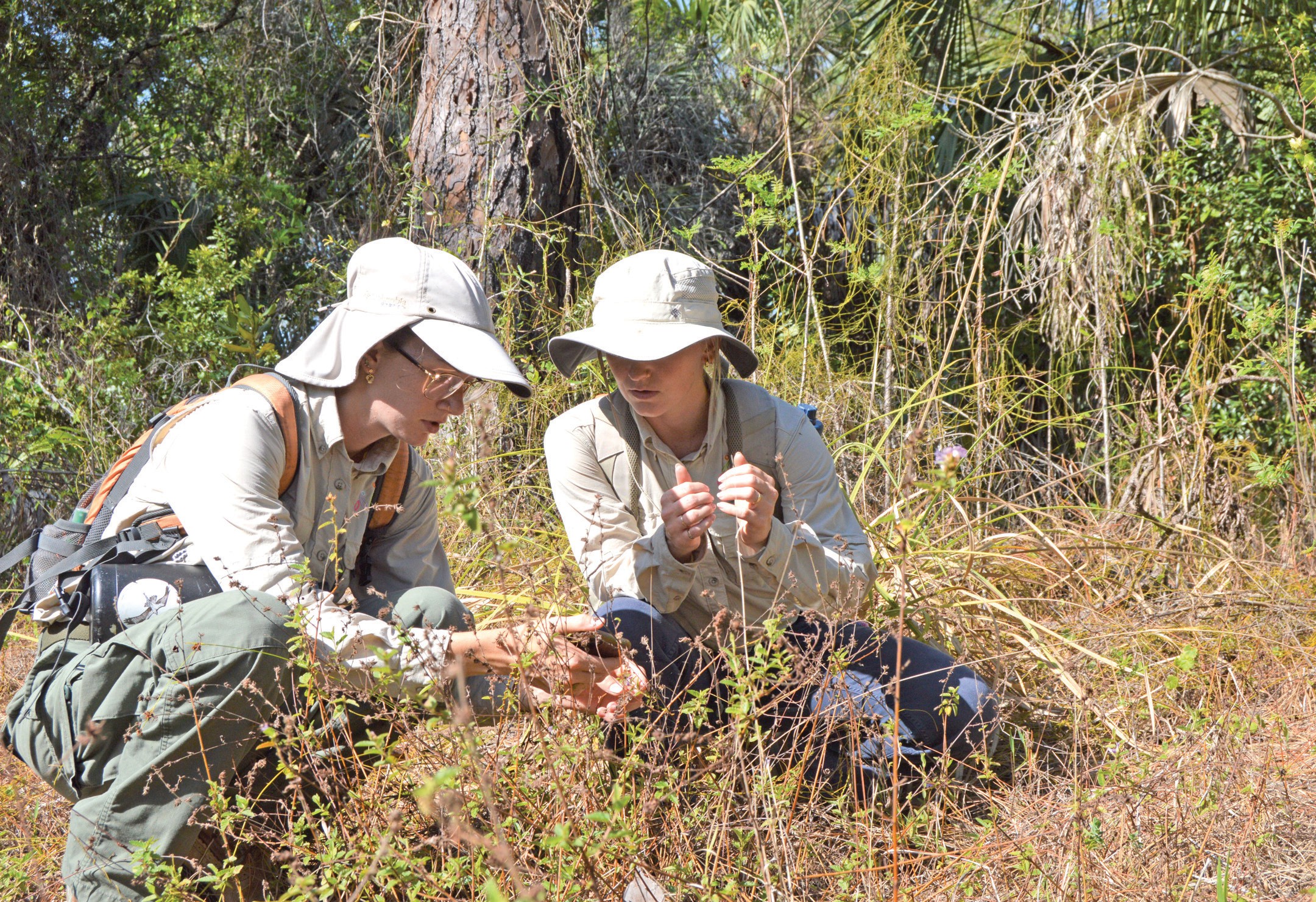 FLORIDA IS HOME TO MORE than 2,840 native plant species and is the third most botanically diverse state in the United States, according to Jared Franklin, an environmental specialist with Rookery Bay National Estuarine Research Reserve in Naples.

Among those are 168 species that are considered globally rare but have not been secured in any conservation collection. Until now.

Rookery Bay Research Reserve and Naples Botanical Garden are working together as part of the statewide Florida Plant Rescue seed collection initiative being coordinated by the California-based Center for Plant Conservation. The goal is to create seed banks of these rare species to protect against extinction and have plants available for restoration, if needed. 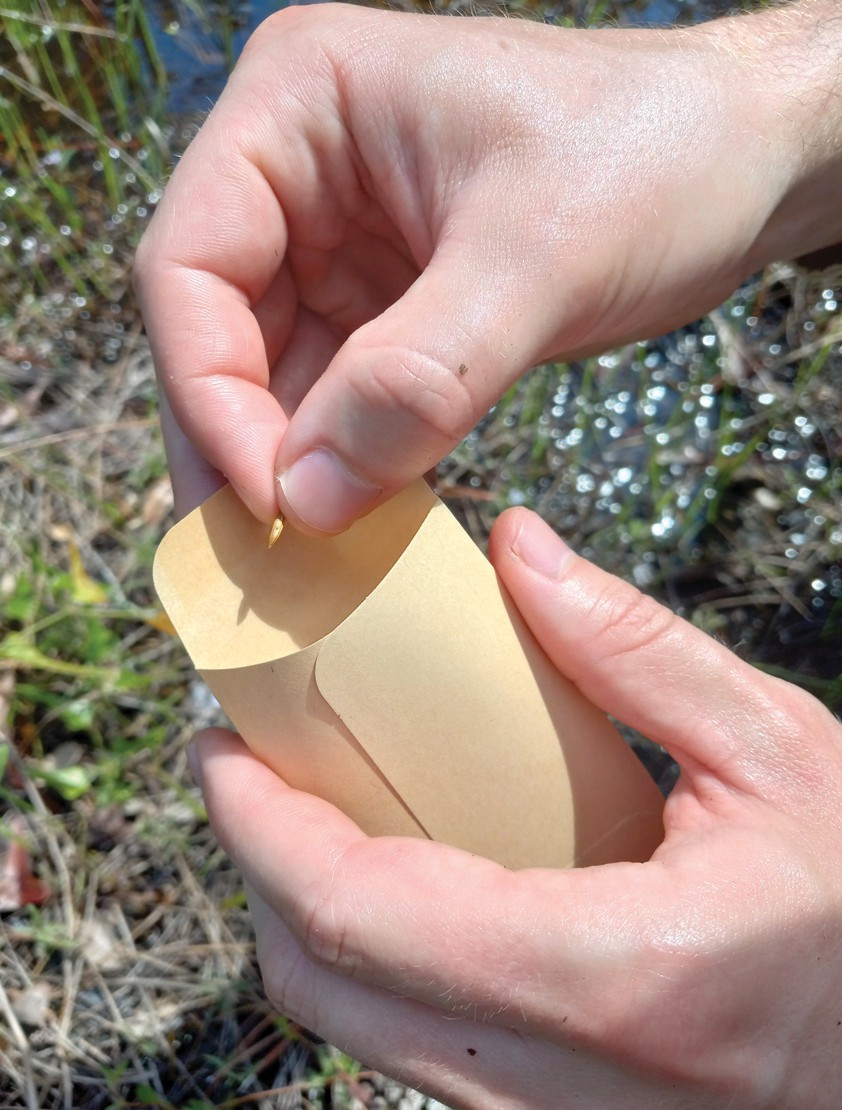 “The Florida Plant Initiative is fairly new,” says Chad Washburn, vice president of conservation at Naples Botanical Garden, noting that planning began in 2019 and collection started earlier this year. “When this opportunity
came up to focus efforts in Florida, we jumped at it.”

The garden and the reserve have worked on seed collection before. Rookery Bay Research Reserve’s 110,000 acres, which stretch from Keewaydin Island through the Ten Thousand Islands and encompass 40 percent of Collier County’s coastline, are prime habitat for a wide variety of plants. They are also home to the first two plants that the garden was charged with collecting seeds from: the pineland twinflower (Dyschoriste angusta), an imperiled wildflower, and the manyflowered grasspink (Calopogon multiflorus), an orchid. 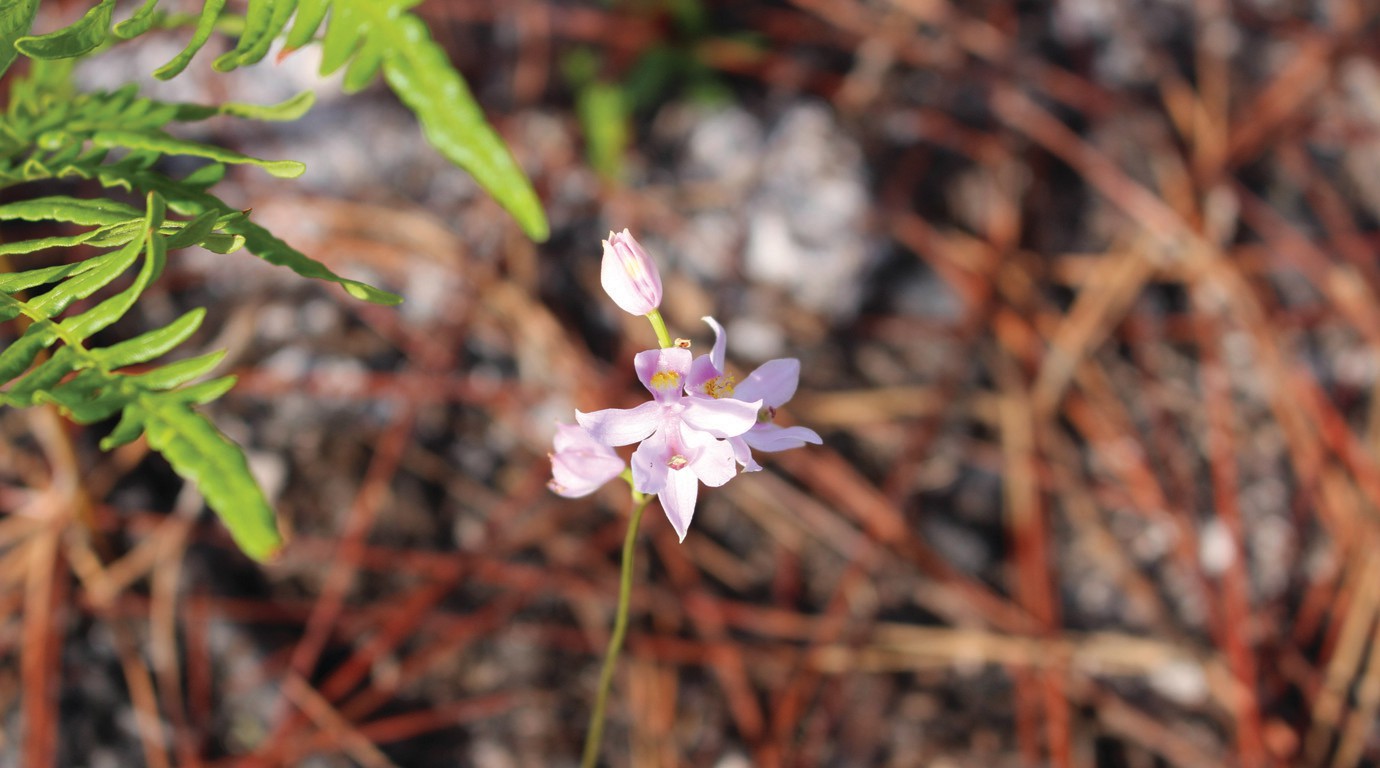 The manyflowered grasspink, an imperiled wildflower typically found in pine flatwoods, is one of the plants targeted for seed banking as part of the Florida Plant Rescue initiative.

“Jared Franklin has been a huge help,” says Jessica DeYoung, the garden’s conservation horticulture manager at the garden. “He is our field guide.”

Mr. Franklin has led teams of up to 14 garden staff on about 10 seed collecting trips, guiding the group to locations where he knows the target plants can be found. 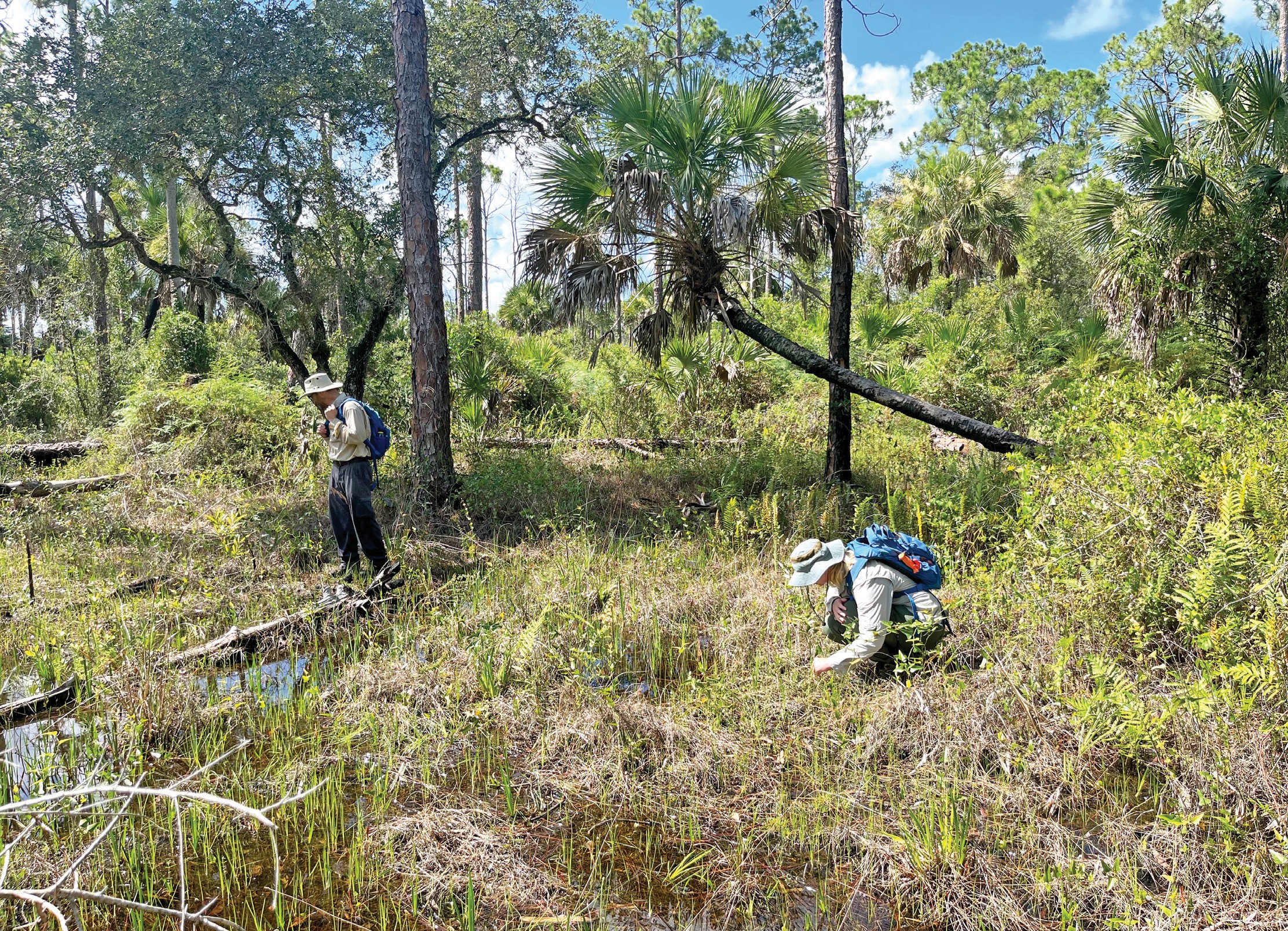 Both the manyflowered grasspink and pineland twinflower have small natural ranges and face threats to their natural habitat, Mr. Franklin says. Manyflowered grasspink is a terrestrial orchid that is only found in open pine woodlands in the southeastern United States, primarily in Florida, he adds. “It blooms within several weeks of a fire, so fire suppression limits the ability of this plant to reproduce.

Pineland twinflower is only found in southern Florida and the northern Bahamas, two areas that face significant pressure from urban development,” he says.

Mr. Washburn explains that garden staff proposed the plants they suggested be collected first, and the Florida Plant Rescue team evaluated the ideas all participants sent. The selected plants are not represented in collections held by botanical gardens, universities and other institutions. 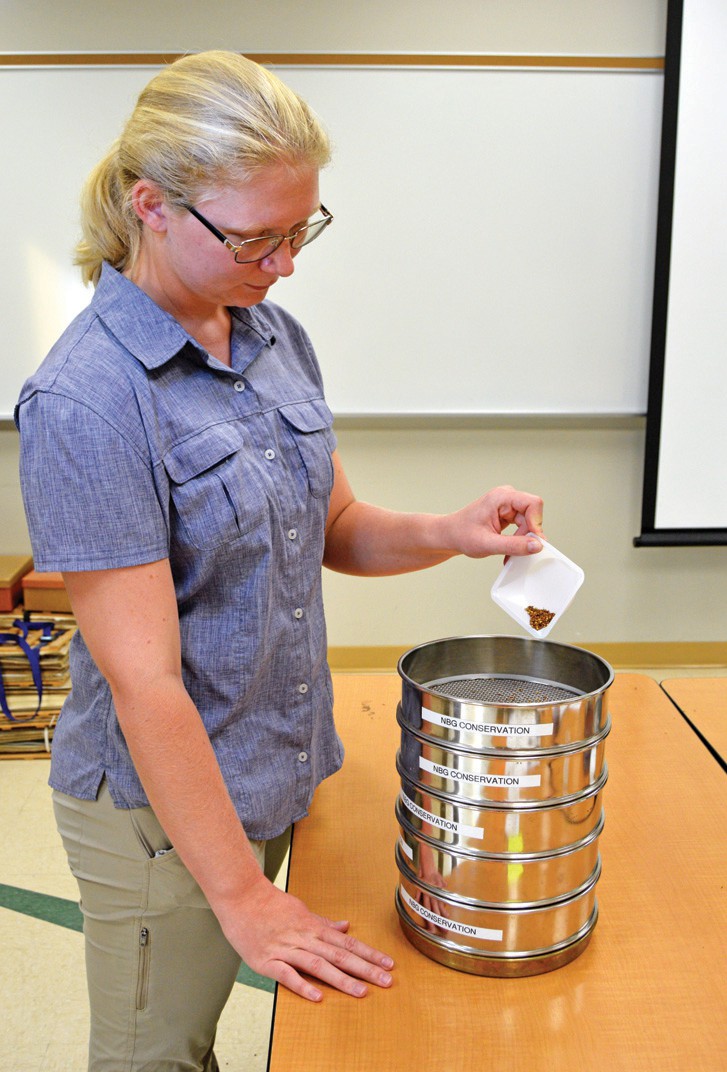 “As individual scientists,” Mr. Washburn says, “you cannot know everything. But when you bring us together with our records and experience, it builds a bigger picture of what’s going on in the wild with a species.”

Ms. DeYoung says the manyflowered grasspink and pineland twinflower were chosen, in part, because they are coastal species. “There’s so much change with rising waters along the coastline an storm intensity that is impacting the ecosystem,” she says, adding the plants are also at risk from invasive pests and urban sprawl. 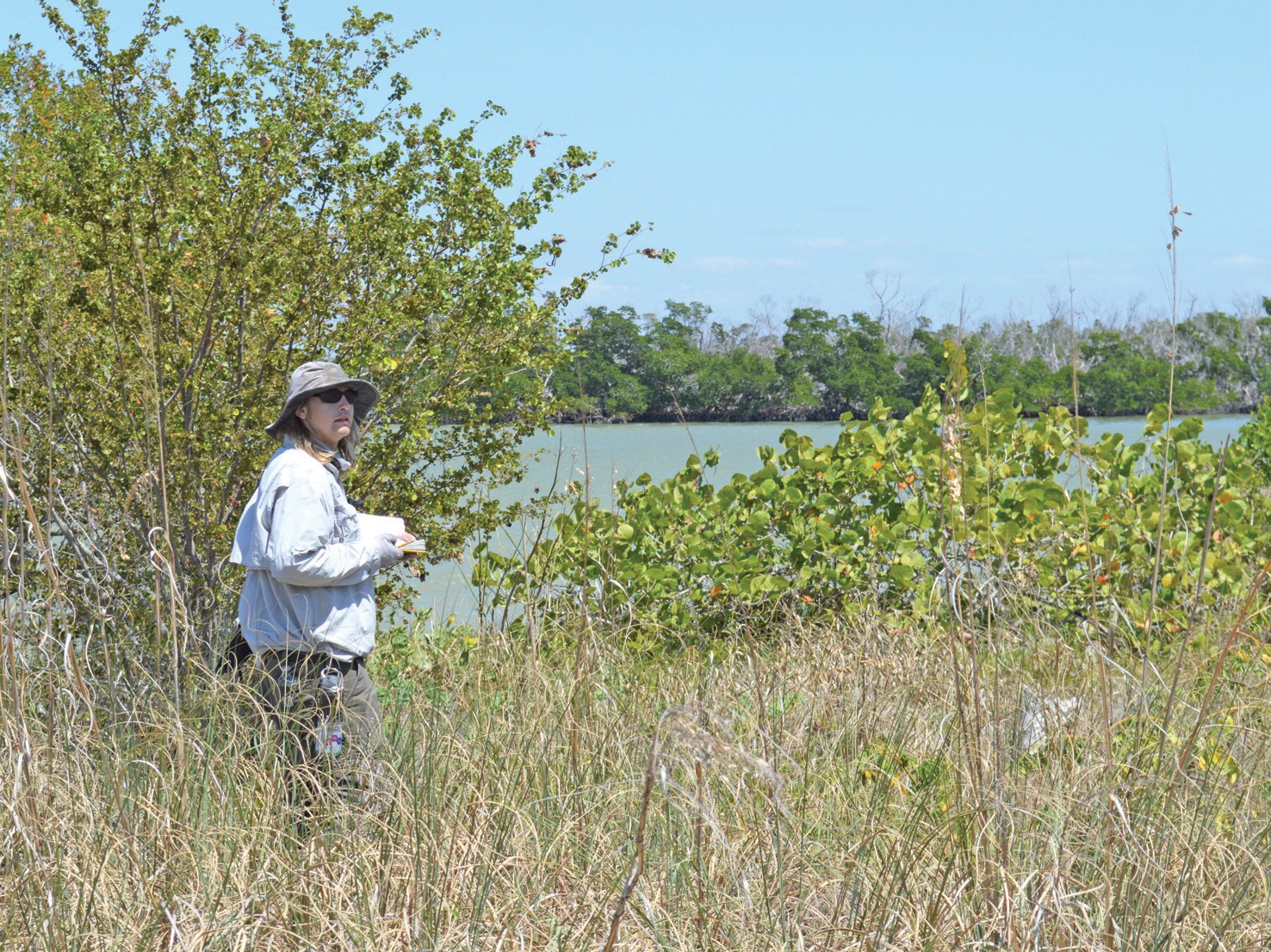 In addition to collecting seeds, the garden is also gathering photos and information about where the plants are found, when they are blooming, when they are seeding, the type of soil they are growing in, and other important data. Kate Talano, who holds the garden’s new GIS specialist position, accompanies the teams to help with these coordinates.

“Her work adds a lot of value to the strategy,” Mr. Washburn says, noting that this information would help with restoring an ecosystem, if required. “It helps bring science to conservation.” 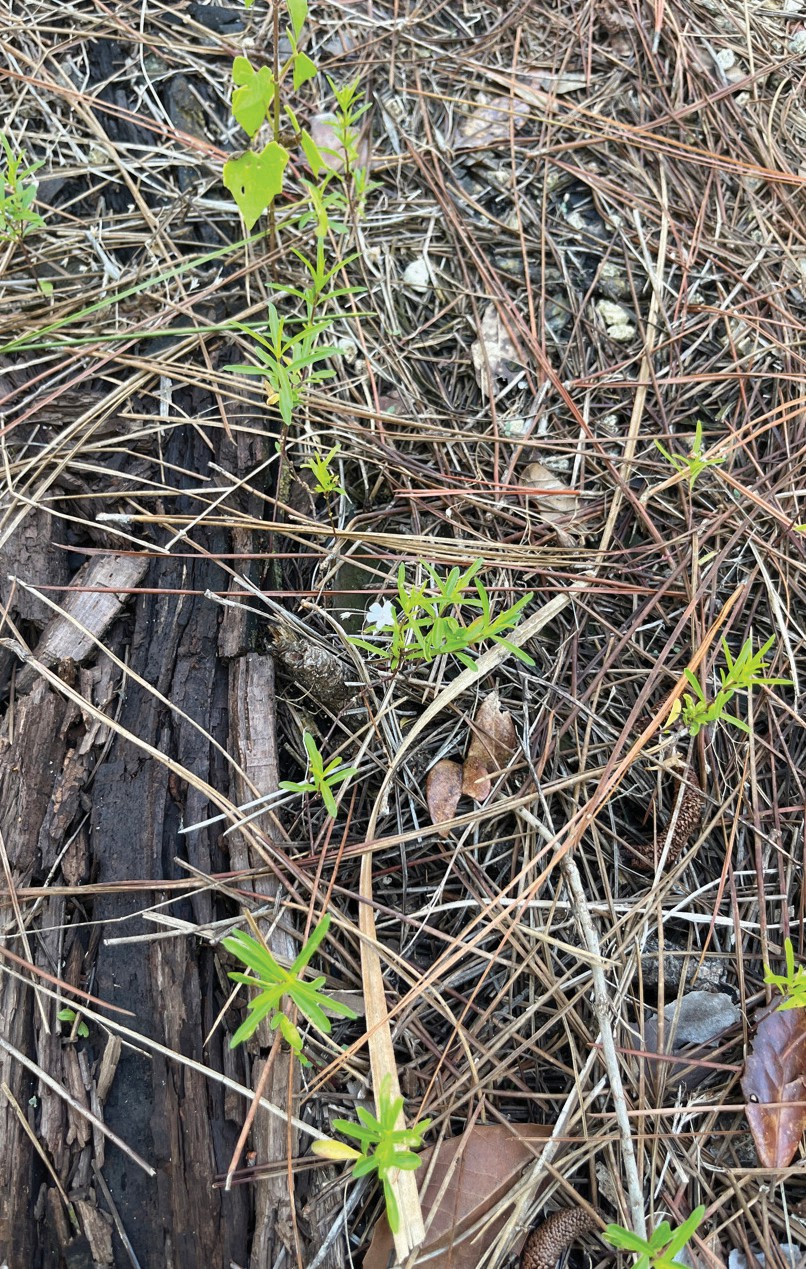 Pineland twinflower is one of two species having its seeds conserved in a seed bank.

For example, Ms. DeYoung notes that the project has identified where the manyflowered grasspink is found. Because it requires fire to flourish, this could help Rookery Bay Research Reserve identify locations for the prescribed fires they conduct.

She also says that collecting these rare plants could have other scientific benefits. “Because they are so under-conserved and under-researched, they could be medically important to humans,” she notes.

Mr. Washburn adds that conservation efforts often revolve around “charismatic” flowers such as the ghost orchid. “Just because something isn’t a big, iconic plant and we may not know what their function is in the ecosystem, they may still have value.”

Collection of these seeds began in the spring and is planned for one year. The goal is to have enough seeds — ideally 300 — to store at Naples Botanical Garden and share with other institutions.

The garden stores seeds in a freezer that is kept at -20 Celsius. “Theoretically, we could store seeds for a couple of hundred years,” Ms. DeYoung says.

Mr. Washburn says that once enough seeds have been collected, they might try propagating some plants. “It doesn’t sound like a big deal; plant a seed and it grows. But if you have a limited number of seeds and don’t know how to grow it, you could potentially lose the value and the strategy.” He says a lot of preparation and research will go into developing the propagation protocols.

He shares that the garden has 80,000 seeds from a rare plant found in Haiti that they have yet been able to grow into a mature plant. They are evaluating water and soil issues as potential hindrances.

Even as collection continues for the manyflowered grasspink and pineland twinflower, garden staff are pursuing plans outside of Rookery Bay Research Reserve to collect seeds from other plants in 2023. They will announce details when those projects are confirmed.

They will also continue the general seed banking program they started in 2019, with a focus on genetic diversity among the seeds.

“It’s very encouraging,” Ms. DeYoung says of the collaborative seed bank initiative. “It’s something I had hoped to see happen.”