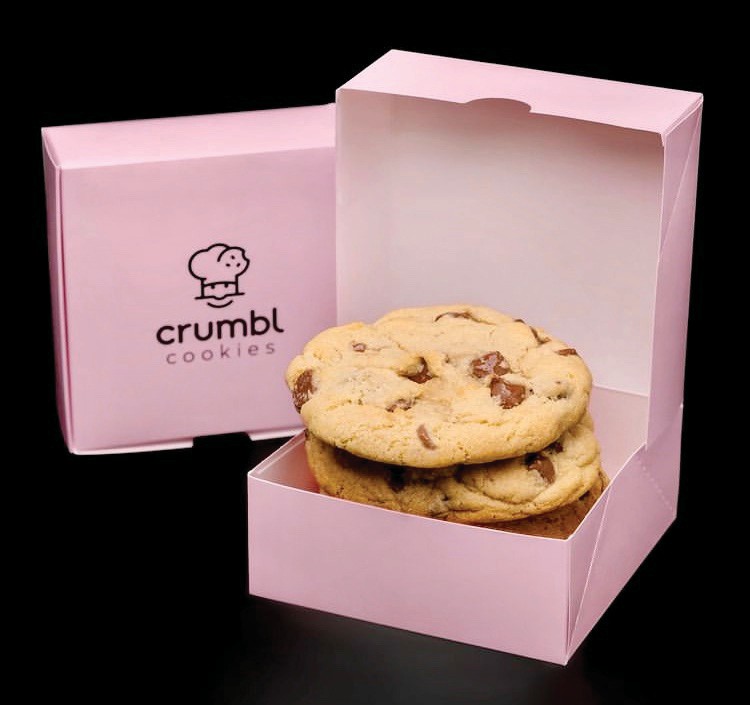 Crumbl Cookies is targeted to open in July at 6270 Naples Blvd. in North Naples. COURTESY OF CRUMBL COOKIES

Q: I was driving down Naples Boulevard and saw Crumbl Cookies on the plaza sign next to Eat the Frog Fitness across the street from Costco. My daughter has been wanting to drive to the east coast or Tampa for their cookies and will be so excited they have one locally! Do you have any information on when it may open?

A: July may pack some extra heat this summer if Crumbl Cookies opens as planned that month in the Sutton Place retail strip at 6270 Naples Blvd. in North Naples.

Featuring hundreds of varieties of gourmet cookies, Crumbl has become one of the fastest-growing chains in the nation. It will be the first Crumbl location in Southwest Florida and the first franchise for Naples residents Benjamin and Ginny Rattner.

“We can’t wait to support our local fans and continue to grow fans beyond the millions of followers already on social media,” Ben Rattner said. “We will begin our hiring phase within the next two weeks as we approach our July target date.” 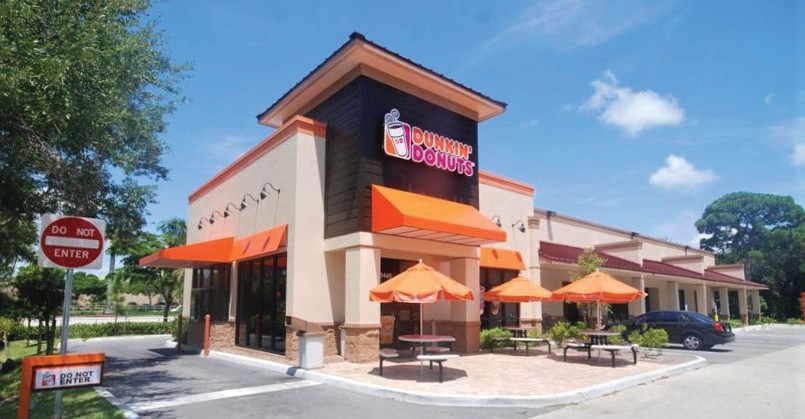 The Dunkin’ drive-thru in Courthouse Shadows is moving into the former Burger King next door. COURTESY OF DUNKIN’

Crumbl rotates four cookie flavors weekly into the bakery’s lineup while the Signature Chilled Sugar Cookie and Warm Chocolate Chip are always available fresh from the oven. “We believe what makes Crumbl so special is our open kitchen experience for the best tasting cookies,” Ginny Rattner said.

Q: Do you know what’s being built in the old Burger King across from the courthouse?

A: After sitting vacant for more than four years, the former Burger King at Courthouse Shadows is being thoroughly renovated inside and out to create a new Dunkin’ drive-thru restaurant.

A rendering of the new Burger King being built in the place of the location demolished last week at 6565 Dudley Drive in Naples. TIM ATEN / FLORIDA WEEKLY

“We started some construction on it,” Mr. Koroghlian said. “We ripped off all of the façade from Burger King to make the building look more modern, to square it off. I don’t want it to look like an old Burger King.”

The construction permit was issued April 5 for plans to remove the existing mansard roof, the light bar on the roof and the accent trim of red tiles along the sides of the building. The drive-thru window is also being replaced, plans show.

“It’s a big job,” Mr. Koroghlian said. “My guess we’ll probably be open in mid-August. The whole East Trail is just really booming, so we’re excited about it.”

The regional franchisee still hasn’t decided what he’s going to do with the nearby Dunkin’ location that adjoins the commissary bakery where his team makes doughnuts for all of his franchises. “I’m probably just going to expand the bakery,” he said. “Truthfully, I don’t know what I’m going to do.”

Although Mr. Koroghlian sold six of his Dunkin’ locations on Florida’s east coast and in the Keys, he’ll have 24 stores in Southwest Florida when a new drive-thru opens next month next to 7-Eleven at the cell phone lot waiting area at Southwest Florida International Airport. The Airport Plaza location will probably launch in mid-June, he said.

Q: Do you know if they are rebuilding a new Burger King where they just demolished it on Pine Ridge and I-75? I know they did that in Golden Gate and Immokalee already.

A: A new Burger King will be built in the place of the same fast-food franchise location demolished last week at 6565 Dudley Drive, which runs parallel to Pine Ridge Road just west of Interstate 75 in the Naples area. The new restaurant will have two drive-thru lanes for ordering menu items.

Demolition work started May 9 and the rebuilt restaurant probably will be open in 70 days, so expect it to relaunch later this summer, said Robin Kendall, director of engineering and design for Quality Dining Inc. (QDI), the Indiana based company that operates six of the eight Burger King franchises in Collier and more than 100 Burger King restaurants in the Sunshine State.

This longtime Burger King franchise is the fourth one to be razed and rebuilt in Collier County. The recent redevelopment projects were undertaken to upgrade these fast-food restaurants to Burger King’s current corporate imaging and standards as well as to improve the overall appearance of the property, according to BravoFlorida LLC, the Florida affiliate of QDI. In addition to recent site work at the location off Pine Ridge Road, BravoFlorida demolished and rebuilt Burger King restaurants with double drive-thru lanes and associated infrastructure improvements at 1260 N. 15th St. in Immokalee, in Freedom Square at 12651 Tamiami Trail E. in East Naples, and in Parkway Plaza at 5055 Golden Gate Parkway in Golden Gate.

Next up will be BravoFlorida’s longtime Burger King at 1011 Airport-Pulling Road on the edge of the industrial park in East Naples. The county approved the site plans for the redevelopment project on May 12 and it is permitted to start demolition and construction next month, Mr. Kendall said.

So, that will leave only BravoFlorida’s Burger King at 9271 Tamiami Trail N. in Naples Park yet to see an extreme makeover. “We don’t have a plan for that one. It’s up in the air,” Mr. Kendall said.

BravoFlorida does not own the Burger King locations at 2427 Tarpon Bay Blvd., off Immokalee Road in North Naples, or the one in Walmart at 6650 Collier Blvd. in East Naples. They are owned by Destin, Florida-based Consolidated Burger Holdings, which operate 75 BK locations in Florida and Georgia. Consolidated could not be reached for comment on its plans.

Because as much as 70% of its sales are generated by drive-thru orders, BravoFlorida counts on the new double lane drive-thru locations to increase overall sales. This trend and convenience, increasingly more common for improving speed of service at many fast-casual brands, has allowed Bravo- Florida to successfully petition the county for a reduction in parking spaces needed at each restaurant. ¦