Fashion and nostalgia? They’re in the bag 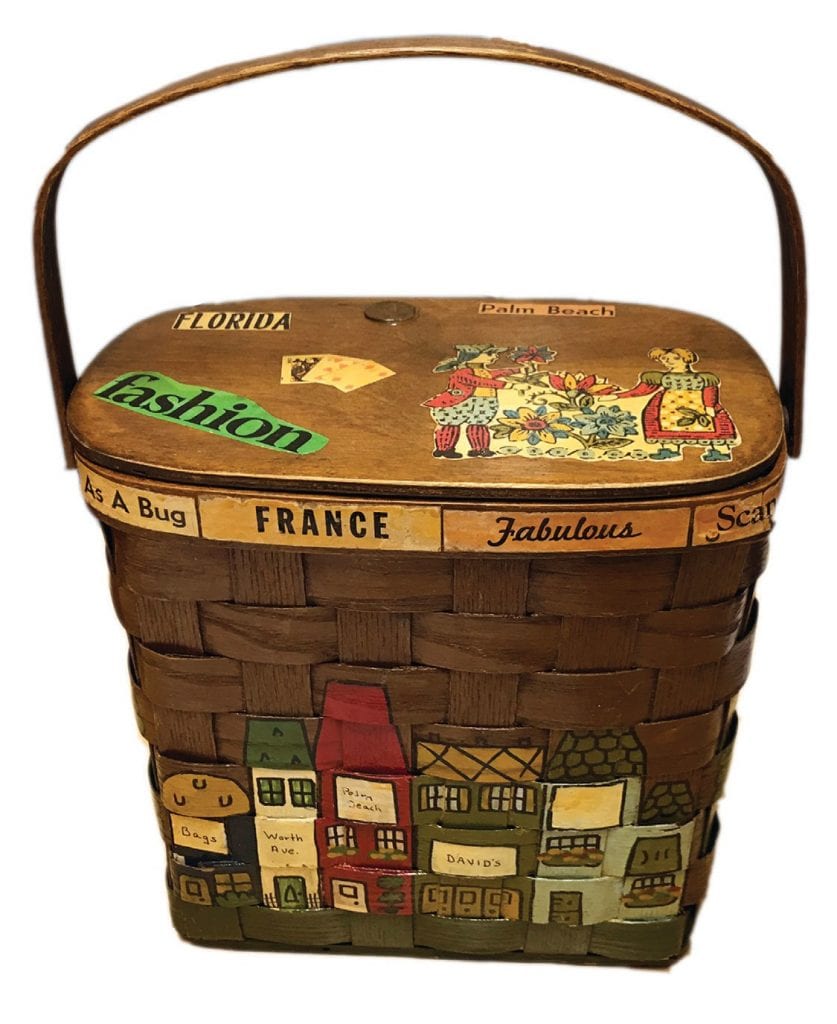 This Caro-Nan purse dating from the late 1960s to the early ’70s was made for David’s Fifth Avenue of Palm Beach. SCOTT SIMMONS /FLORIDA WEEKLY

Grandma was proud of her shell handbag.

She’d taken a class in the early 1960s at the Shell Factory in North Fort Myers and had learned the raw beginnings of coquillage, or shell art, gluing bits of treasure heaved from the sea onto the fabric panel that formed the side of a pocketbook she carried for years.

It was a white wicker purse with clear plastic that covered the shells, as I recall. It was, oh, so distinctly Florida.

When that handbag finally wore out, she carefully cut away the shell panel and tacked it to a wicker bag she kept the rest of her life.

It seemed every region had bespoke purses back in the day.

But remember the other bags?

Annie Laurie (yes, that really was her name) created handpainted and decoupage wooden purses in the Palm Beaches.

Her purses remain popular with collectors and Palm Beachers who love a touch of nostalgia.

Others may well remember the Caro- Nan baskets that seemingly were everywhere from the mid-1960s through the early ’80s.

The purses, created by Carolyn McDaniel and Nancy Steele of Jackson, Miss., bore simple motifs of colorful townhouses they handpainted around the sides of baskets made in Vermont.

They localized them, painting the names of the boutiques that sold the purses onto the storefronts and other buildings, and adding decoupage elements that read “France,” “Fabulous,” “Palm Beach” and other locales. At the height of their popularity, Caro-Nan was selling 5,000 bags a month.

I remember seeing the bags at boutiques along Naples’ Fifth Avenue South, as well as along tony St. Armand’s in Sarasota.

The ladies who created the bags are now in their 80s, according to an interview they did a couple of years ago with the Jackson Clarion-Ledger.

In that interview, they described how the purses also could be used as seats at sporting events, and remembered how children would perch atop the purses in pews for better views at church.

The purses certainly speak to their time — and to mine. ¦

The Skinny: I remember seeing these bags when I was a boy — I thought it was so cool that a purse listed shops in towns I knew.

David’s Fifth Avenue actually was along Worth Avenue, near Via Mizner, in Palm Beach.

This purse is in good shape, considering its half-century or so of existence. Its quilted crimson calico lining offers an added touch of wit and whimsy.