More blessed to give 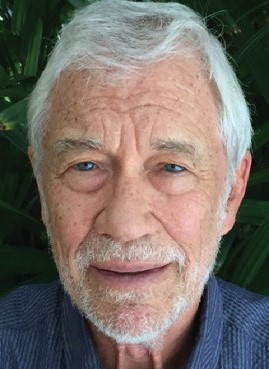 It was an interesting juxtaposition. On the same day a Naples Daily News column announced a private grant for construction of affordable housing on the Golden Gate Country Club property, a Wall Street Journal piece trumpeted 2019 as a year of unprecedented philanthropy.

The juxtaposition was no coincidence. It seems people, both Republicans and Democrats, are giving to charity as never before. Even with tax-deduction limits, the WSJ estimates, when all is totaled, Americans will have voluntarily given away $430 billion in 2019.

What’s encouraging is that the lion’s share comes not from billionaires, but from ordinary citizens, 100 million of whom make charitable gifts. The average household, according to the WSJ, donates about $3,000 each year.

Where does it go? To some 1.5 million nonprofits across the country to support causes the donors believe in — from public health and early education to addiction treatment and charter schools.

The beauty of philanthropy is that it does not rely on the political whims of government. You get to pick what university to support, what hospital to fund, what museum to back.

Donations are like a self-imposed surtax, and they have led to remarkable breakthroughs. Charity-driven research has produced life-saving advances in cancer treatment, immunotherapy and heart disease.

You don’t have to look farther than Southwest Florida to see the impact. Our affluent population props up everything from health care and underprivileged children to music and the arts.

Here are some examples.

Collier’s cultural centerpiece, Artis—Naples, is completing a donor-driven $150 million face-lift to spruce up its concert grounds and museum.

The Liberty Youth Ranch, without a penny of government money, continues to provide homes for abused and abandoned children in the region.

The nonprofit NCH Baker Hospital just announced plans for a $35 million upgrade of its emergency room, due largely to Naples philanthropy.

In addition to these high-profile examples, there are many others that are less publicized. Countless musical groups and arts organizations — some of our cultural icons — owe their very existence to charity.

Churches and synagogues are big contributors, funneling largesse from their congregations to local causes. The church my wife and I attend raised nearly a half million for charity in 2019, much of it going to build homes in Immokalee.

In these cases, we’re talking about monetary gifts. That’s how we think of philanthropy. But what about things other than money, such as, giving clothing or toys or one’s time?

That happens as well. Guadalupe Center takes in tons of used clothing and converts it to money for the needy. At Christmastime, Toys-for-Tots attracts donations of toys and bicycles for less-fortunate children. And on the macro-scale, there’s Habitat for Humanity, where volunteers take up hammers and saws to build homes for low-income families.

The WSJ article says 77 million U.S. citizens volunteer their services every year. Here in the Naples area it’s almost a requirement for residency, particularly among retirees. Serving on civic or community organizations, tutoring students, helping immigrants learn English. Things like that are the rule rather than the exception.

A letter-writer, responding to the WSJ piece, summed it up: “Volunteerism gives retirees direct opportunities to change their communities for the better — and at no cost to the taxpayer.”

It’s satisfying and we have complete control. We choose what and how much to give, when to give it and where it goes.

If only we had that kind of control over our taxes.

Maybe in the next life. ¦

— A retired Pfizer executive, Dave Trecker serves on a number of local boards.

One response to “More blessed to give”