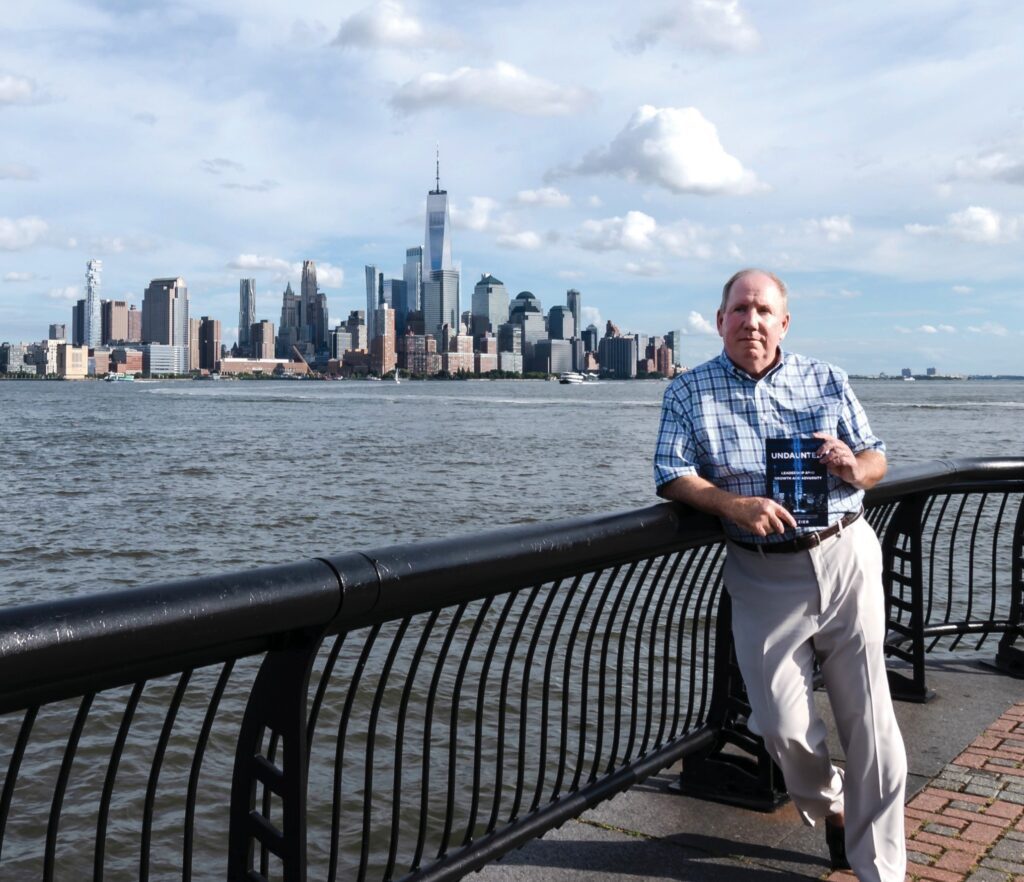 Ed Zier with his book, “Undaunted,” in Hoboken, N.J., across the Hudson River from the World Trade Center. COURTESY PHOTO

Naples resident Ed Zier has his own 9/11 story to tell.

The former COO of financial technology company Baseline has written “Undaunted,” a book about a group of his brave coworkers who managed to survive after 2 World Trade Center was attacked by terrorists on Sept. 11, 2001. While the company employed 170 workers at that site, most of them were spared because they weren’t able to get into the building after the first plane had hit 1 World Trade Center.

Sixteen employees were working on the 77th and 78th floors when their building was hit.

They banded together to seek a way out of their jet-fueled flaming inferno.

Mr. Zier, who lived in New Jersey at the time, was not in his office that day.

He managed to make it to Hoboken where he planned to take the Downtown Hudson Tubes to WTC when he heard about the attack.

The PATH trains run under the Hudson River through the tubes between New Jersey and New York City.

He tried to call the office. Then he called his family to let them know he had not perished.

Coincidentally, he had a meeting scheduled in San Francisco, where he often traveled on business, the week before. The flight he usually took was Flight 93, the very same flight that crashed in Shanksville, Pa.

“The book would have been impossible to write the first 10 years after 9/11,” Mr. Zier said.

Although it was difficult to talk about the happenings of that day and the loss of four beloved employees, he found the act of writing to be somewhat cathartic.

At some point he found that his writing appeared to be turning into a book.

His story parallels his company’s supportive corporate culture of resolve to the determination of those 12 survivors who worked with employees of Baseline’s Philadelphia office to pull the company back together rather than accept defeat.

“Undaunted” is now available on preorder and will be released on Sept. 11.

It will be carried by Amazon, Barnes & Noble and Indiebound. For more information, visit www.edzier.com. ¦