NCEF unveils plan to construct its own office 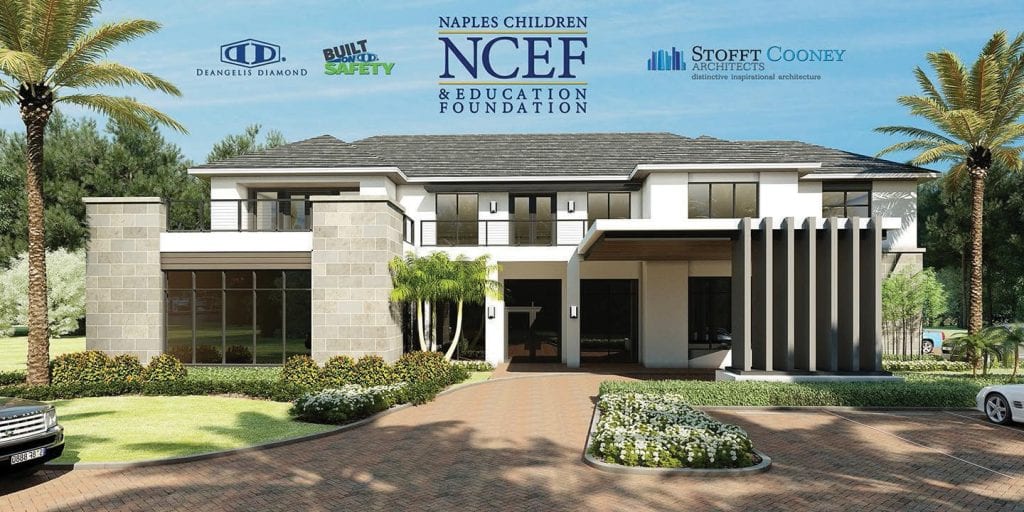 The Naples Children & Education Foundation, the founding organization of the highly successful Naples Winter Wine Festival, announced it is putting down long-term roots in the community with the construction of a permanent headquarters.

The 15,000-square-foot office building will be located on property purchased by NCEF in the Eagle View Professional Park on Goodlette-Frank Road, just north of Golden Gate Parkway. The building will serve as home to NCEF’s operations which provide an annual average $10-million investment in community programs serving more than 45,000 at-risk and underprivileged children.

Since its inception in 2000, NCEF has evolved into a major philanthropic force in Collier County with 134 Trustees, 12 employees and over 300 volunteers. NCEF also has broadened its role over the years from traditional grant-making to local charities on an annual basis by adding seven strategic initiatives to fill gaps in children’s services and develop long-term collaborative solutions.

“Our administrative activities have literally progressed from the Founding Trustees’ living rooms to several iterations of rented office and storage space at multiple locations,” said NCEF CEO Maria Jimenez-Lara. “This investment in a dedicated headquarters building is essential for NCEF to continue supporting the children of Collier County for generations to come and will continue to help develop the nonprofit capacity and infrastructure in our community.”

NCEF’s efforts have contributed to improvements in such areas as school attendance, standardized test scores and high school graduate rates, while dramatically mitigating rates of school suspensions, juvenile delinquency and teen pregnancy, which have all declined over the last decade. NCEF has become the single largest source of funding for essential services for at-risk and underprivileged children in Collier County. The new headquarters will further develop a central hub for child wellbeing forums, educational seminars, training and nonprofit development.

“This new building will establish a place of permanence and create a professional environment for the premier supporter of children’s physical, emotional and education services in Collier County,” said Barbie Hills, capital campaign co-chair and NCEF Trustee. “We are deepening our roots in the community and opening new doors for the children who depend upon our support.”

A rendering of the new headquarters was unveiled today during a groundbreaking ceremony held on the site and attended by NCEF trustees, employees and leaders from both the City of Naples and Collier County Government. The Army Junior Reserve Officer Training Corps Color Guard from neighboring Naples High School was invited to present the National Color and other flags.

NCEF has partnered with developers Alex and Fred Pezeshkan, local general contractor DeAngelis Diamond Construction, and John Cooney and Randall Stofft of the award-winning architectural firm Stofft Cooney Architects on the project. It is anticipated that the building will be complete and ready for occupancy in the first quarter of 2020, after the 20th anniversary NWWF.

The stylish, efficient headquarters will provide a large board room that will be the future hub for NWWF and community needs planning sessions. There also will be staff offices, conference rooms and a resource center which can be utilized as meeting space for local nonprofit groups.

Approximately $6.5 million is needed to cover the costs of purchasing the land, constructing the building, furnishings and program development. These funds will be generated through a capital campaign that has been initiated separately from NCEF’s signature fundraiser.

Individuals interested in supporting the “Onward and Upward” campaign may contact Andy Reed at 514-2239 or email andy@napleswinefestival.com. ¦